Having reappeared the previous year, the Dodge Coronet had made a welcomed return and consisted of three series. The base models, the 440 and the top trim level, the Coronet 500. Perhaps confusingly, these numbers didn’t refer to the displacement of the engines. 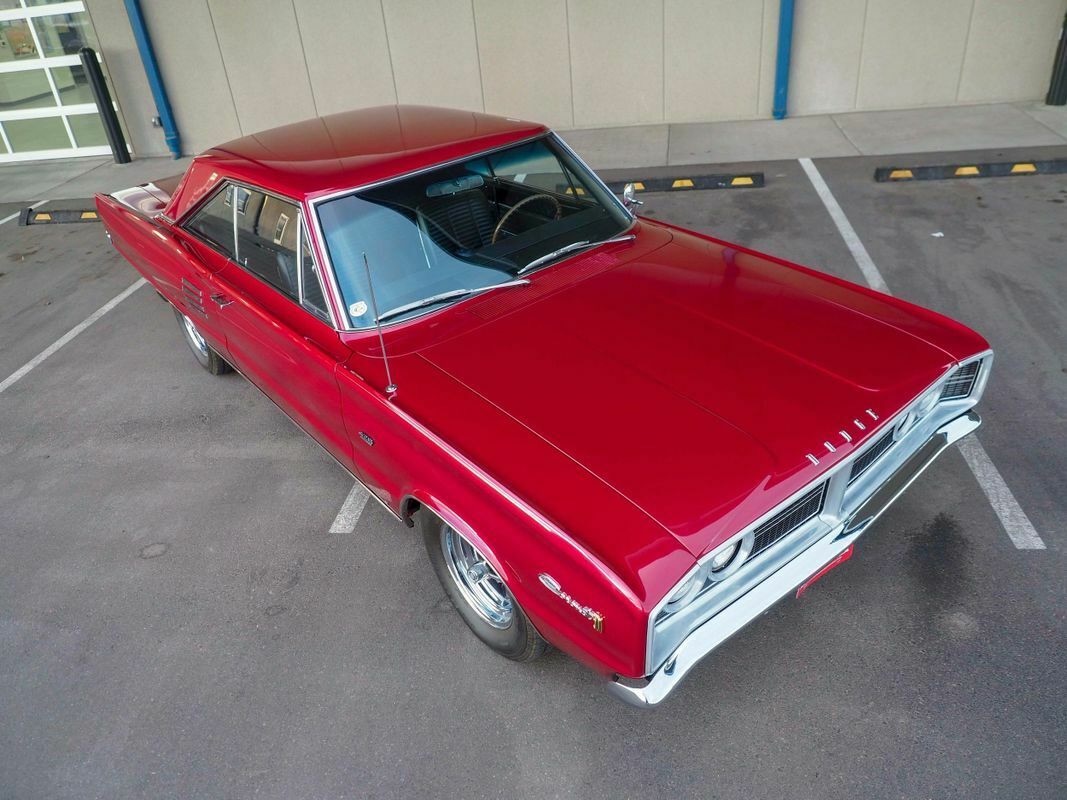 For 1966 a 4-door hardtop was introduced to the previous Coronet 500 line-up that contained just a 2-door Hardtop Coupe and a Convertible. The 500 cars enjoyed all the comforts and trim of the 440 with the addition of a padded dash, full wheel covers, bucket seats and a center console. 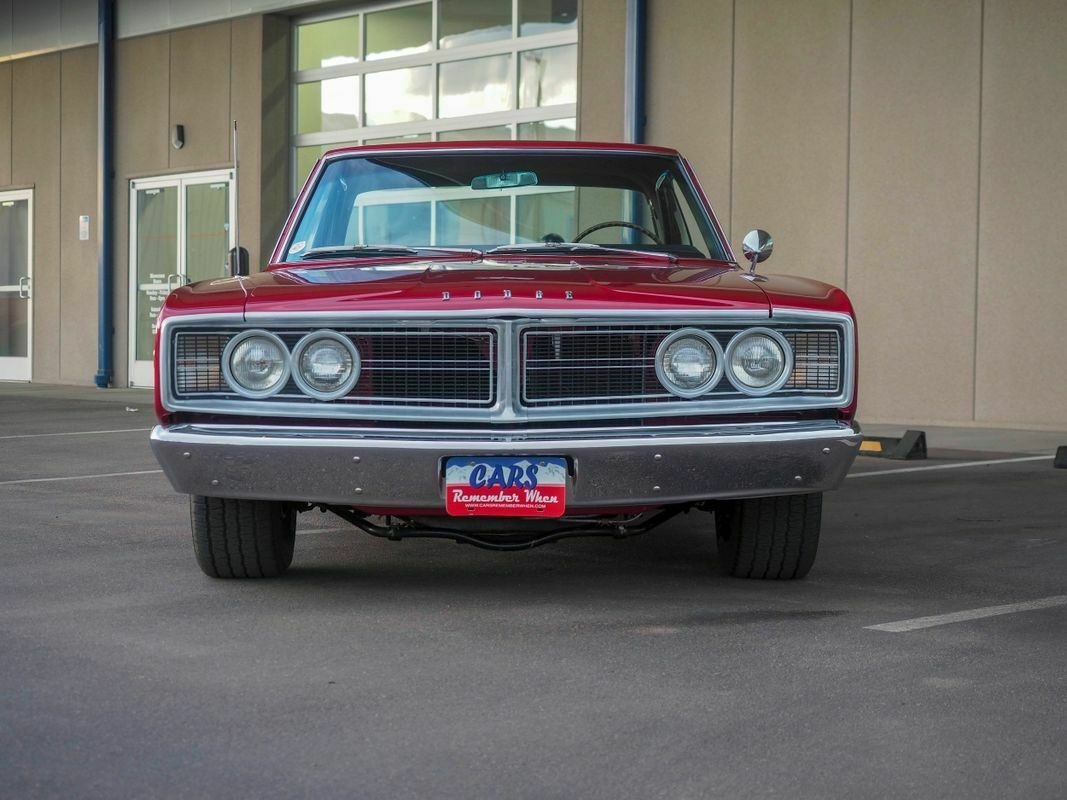 You can see the side of this 1966 Dodge Coronet 500 Coupe has the distinctive lines forming the “coke bottle” shape that was to prove popular through the sixties. 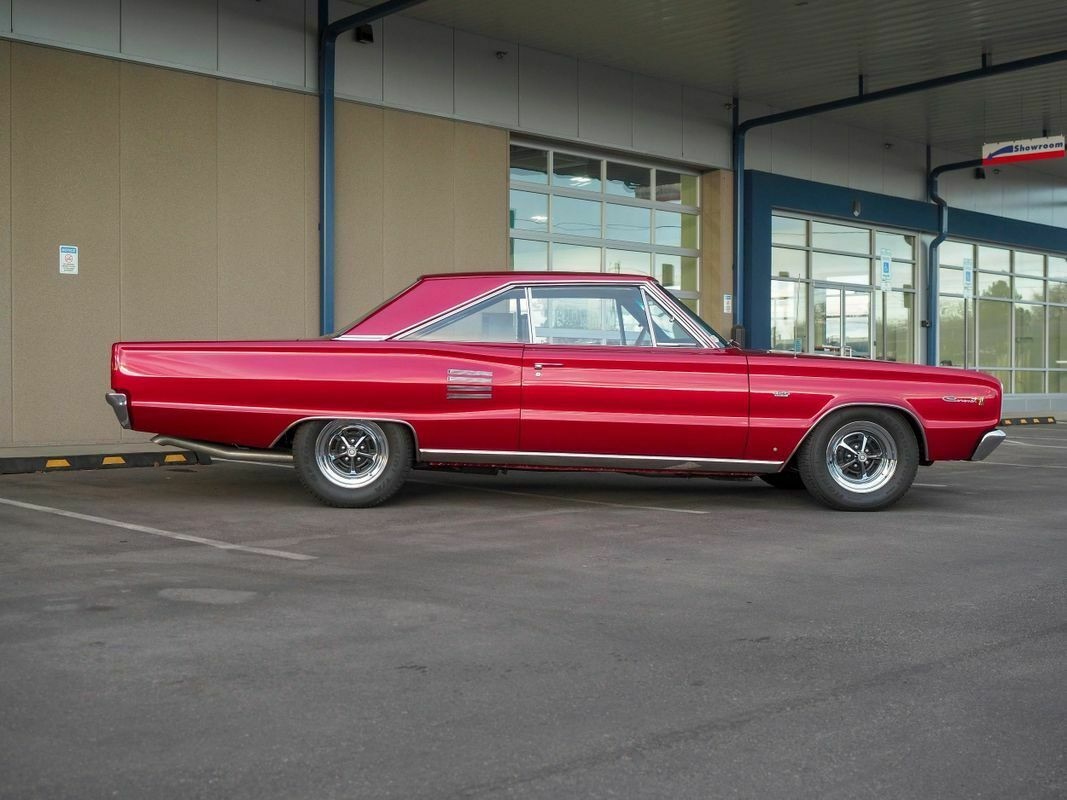 Using the Chrysler B-body, the Coronet was an intermediate size using a 117 inch wheelbase. 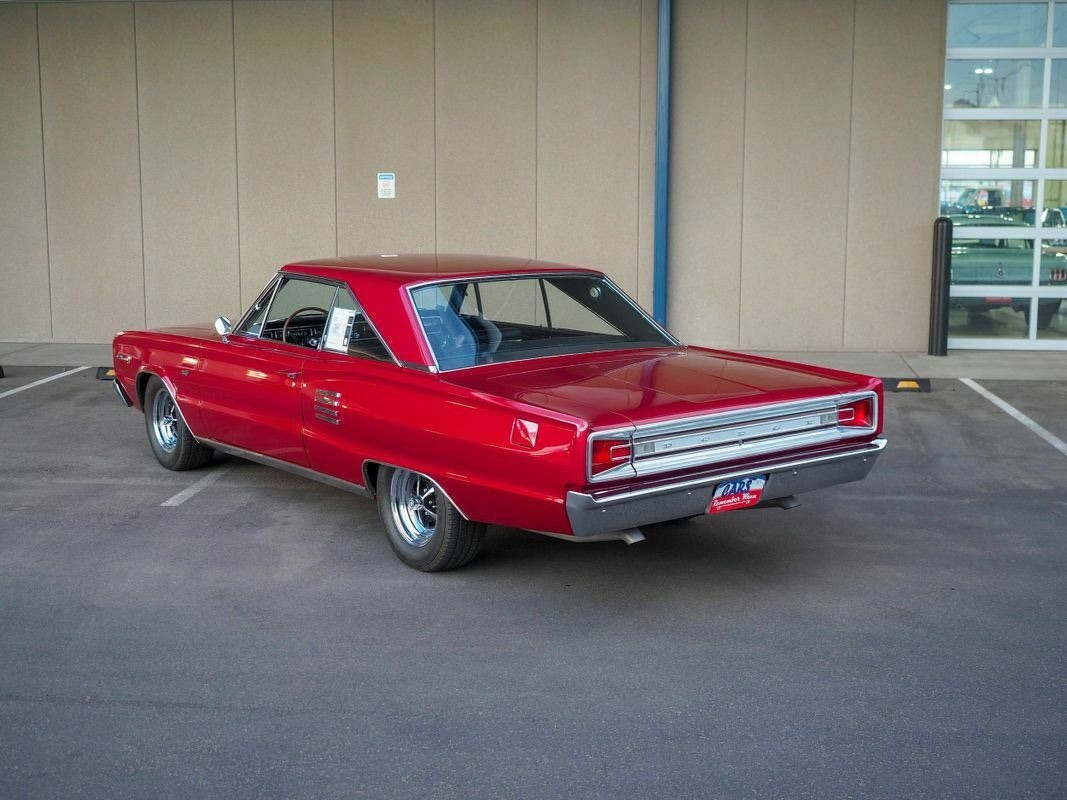 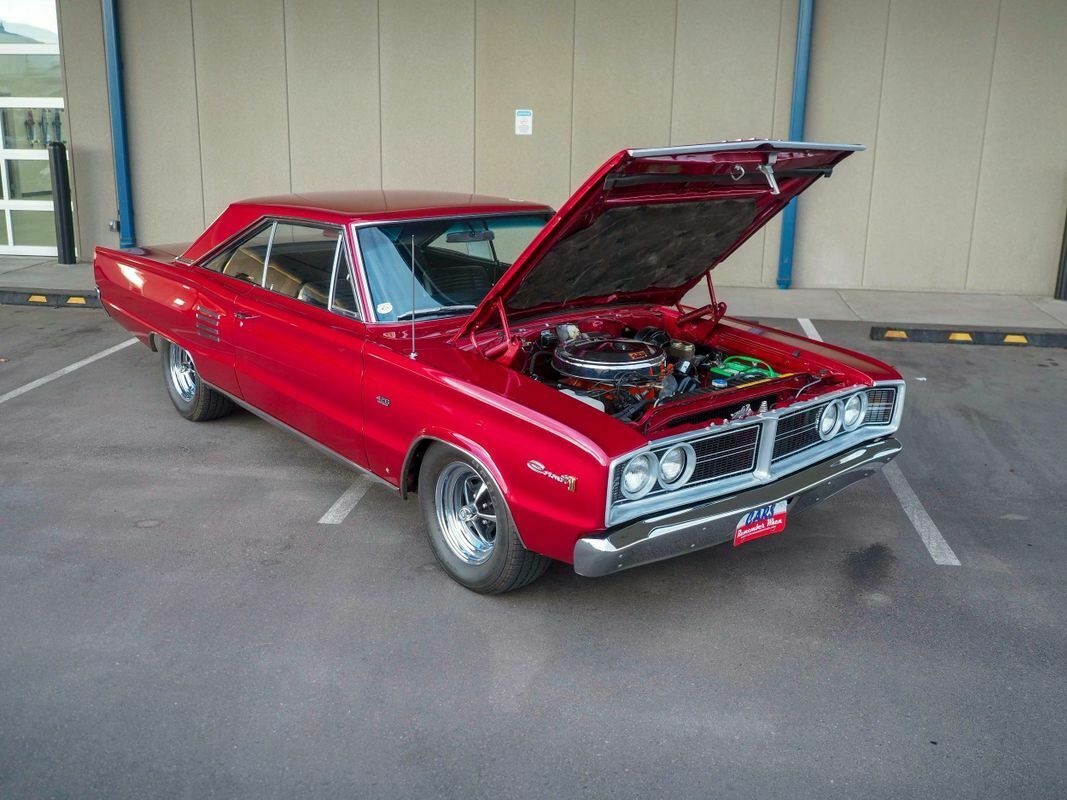 Inside, the Coronet tempted buyers with its interior beauty, complete with contour-comfort bucket seats, deep-pile carpeting, padded dash – the works! 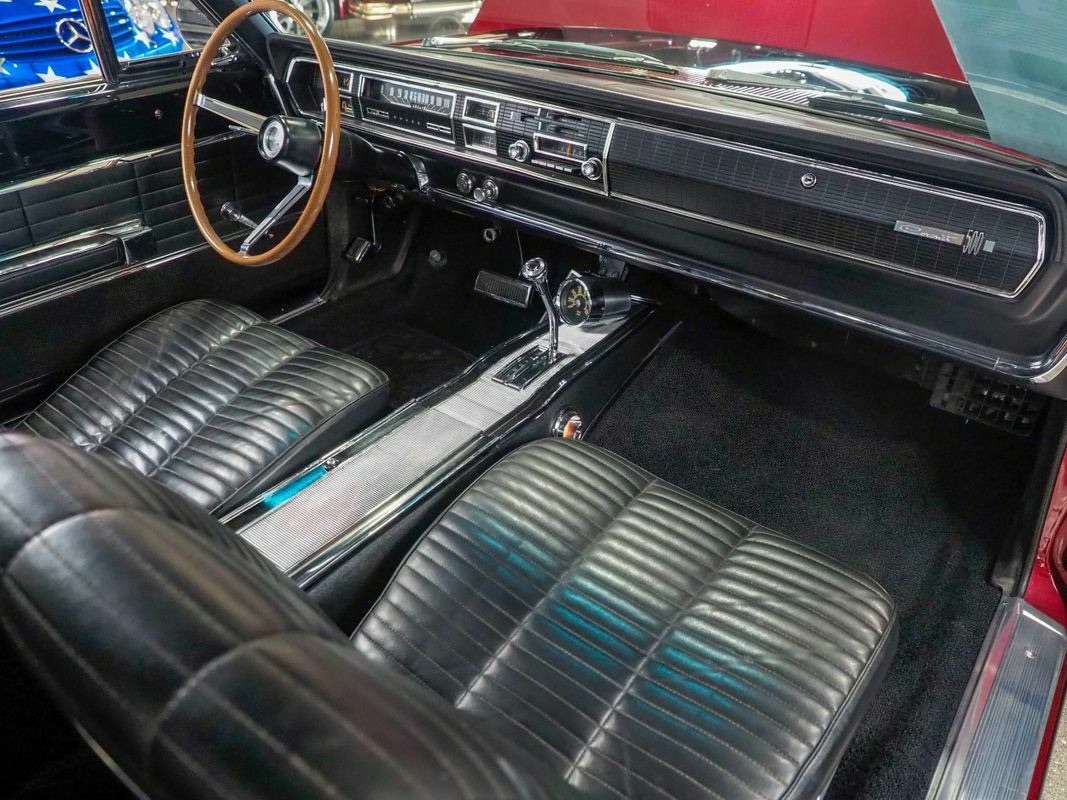 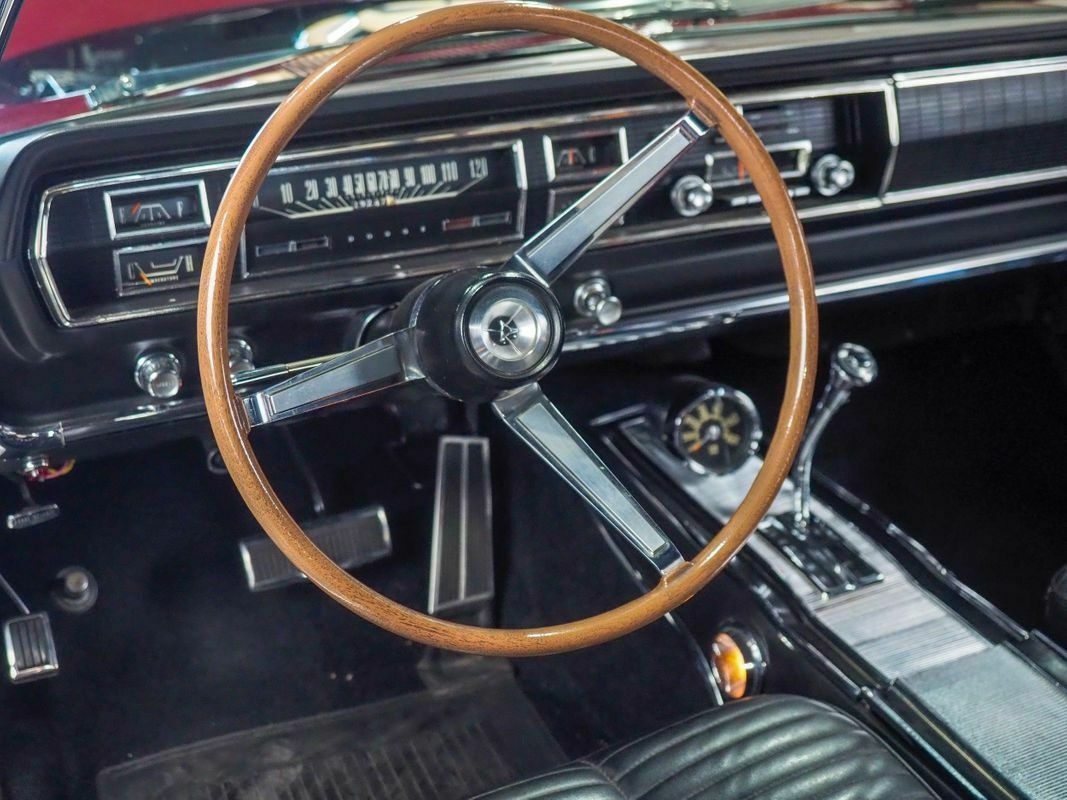 Under the hood of this car there is a mighty 426 cubic inch Hemi V8 (H code) that has two 4-barrel Carter carburetors outputs 425 horsepower! It is paired with a Torqueflite automatic transmission. 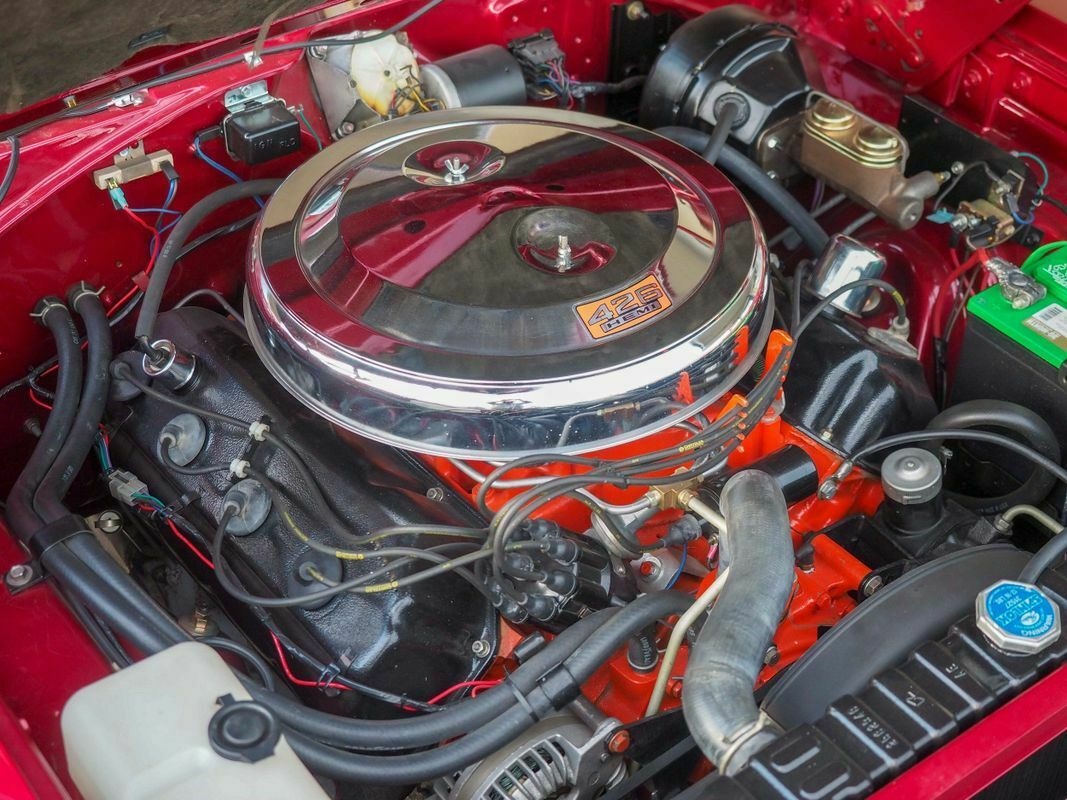 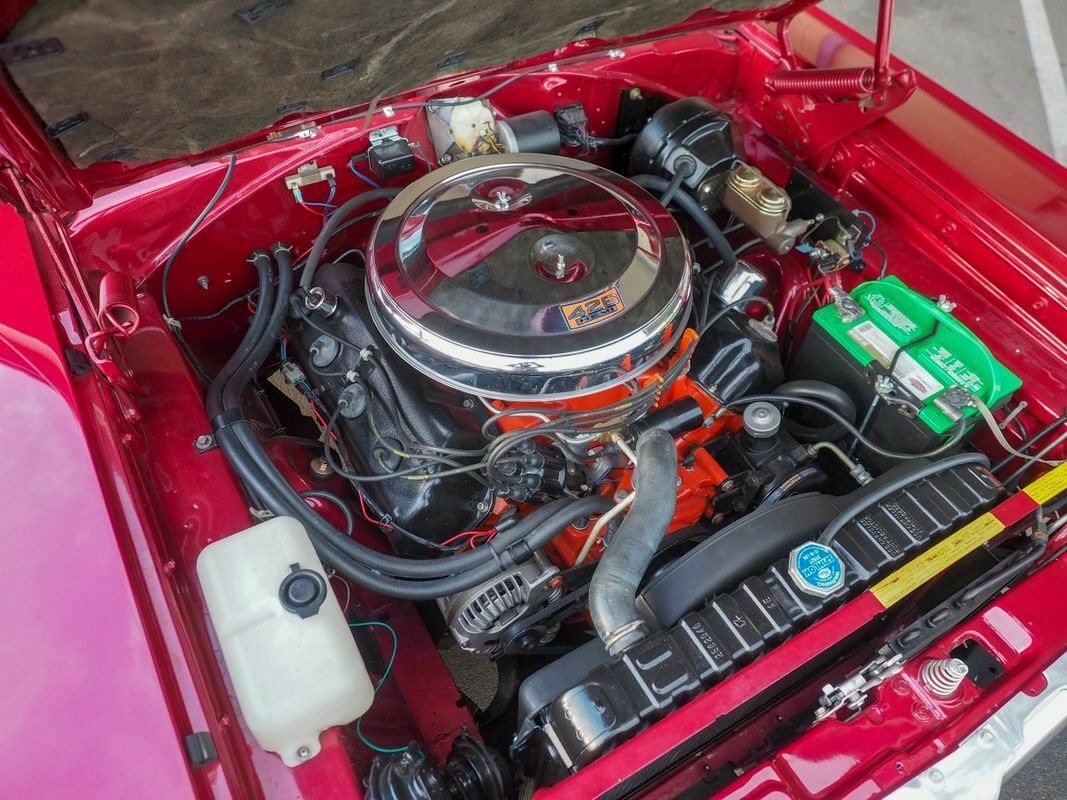 The 1966 Dodge Coronet 500 2-door hardtop was officially priced at $2,611 with the base 273 CID V8 and 3-speed manual transmission. This actual car cost $4,184.93 including delivery – the price included the hemi, automatic transmission, light package, sure grip differential, Music Master radio, rear seat speaker, power brakes, power steering, tinted windshield, padded sun visors and 3-spoke steering. No individual production figures are available for the 2-door hardtop but a total of 55,700 Coronet 500s were made for the 1966 model year. There were only 339 Coronet hardtop equipped with the 426 Hemi. With just 135 of them paired with a Torqueflite automatic transmission and 204 with a 4-speed manual transmission – making this a very low production car. A significant increase in Coronet production was seen this year taking the total number of them produced to over a quarter of a million cars across all of the series. This Dodge had really captured the public’s imagination. This 1966 Dodge Coronet 500 is currently for sale on eBay.

I DID THEM ALL! From the base model to the. 440, 500, 426 hemi, RT, Super Bee, with stripes or no stripes, coupe, hardtop, convertible, street, racing, drag... I learned a lot, had a great time designing, and all of them are now part of the New Dodge collection