Hundreds Of Dodge Chargers Were Destroyed Making The Dukes Of Hazzard

From 1979 to 1985, a television spinoff of the movie Moonrunners, starring Tom Wopat as Luke Duke and John Schneider as Bo Duke, became very popular – not for the actors but for the car used in the series.
The “General Lee”, an orange/red 1969 Dodge Charger with the Confederate battle flag painted on the roof, named after the famed Confederate general, usually stole the show.
The car would jump rivers, roads, hills, and other cars, and land perfectly to race off at high speeds. In reality, the jumps would damage the cars so severely that they had to be scrapped, usually at least one or two cars per episode. 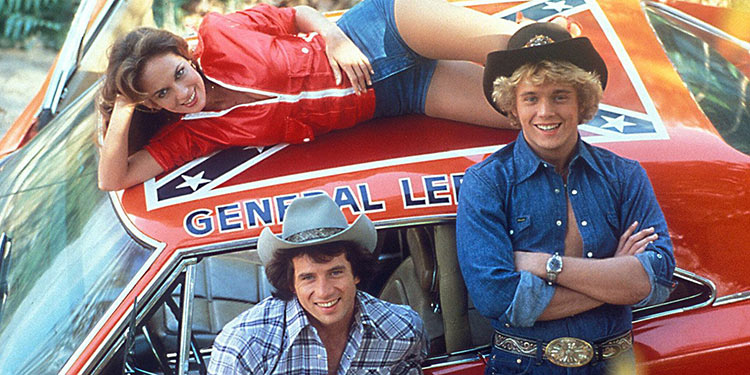 In the beginning, a couple of cars were wrecked by flipping over during a jump until ballast, in the form of sand bags or concrete, was put in the trunk. It is believed, according to Road & Track, that more than 300 1969 Dodge Chargers were totaled during the run of the show, many because of bent frames from jumping. 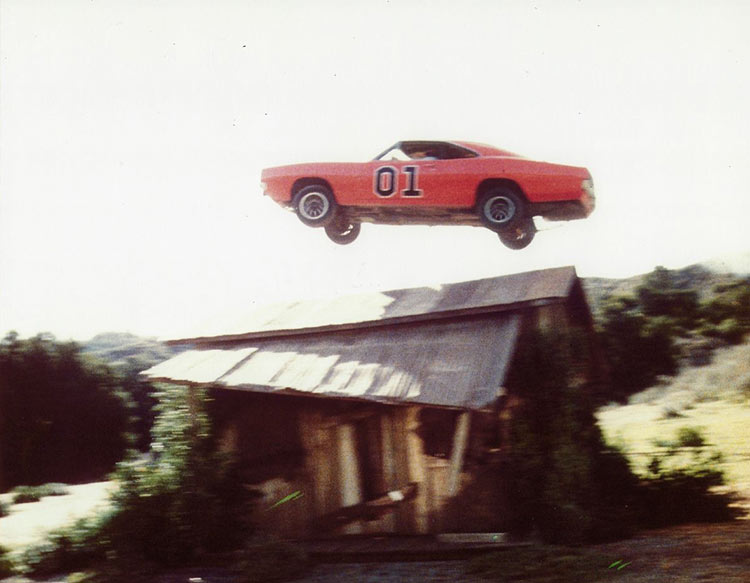 If, by some chance, a stuntman actually lost control, the film of the accident was written into the show. Because of the number of cars that were destroyed, the producers had people going through parking lots and flying over residential homes offering to buy any 1969 Dodge Chargers that were found. 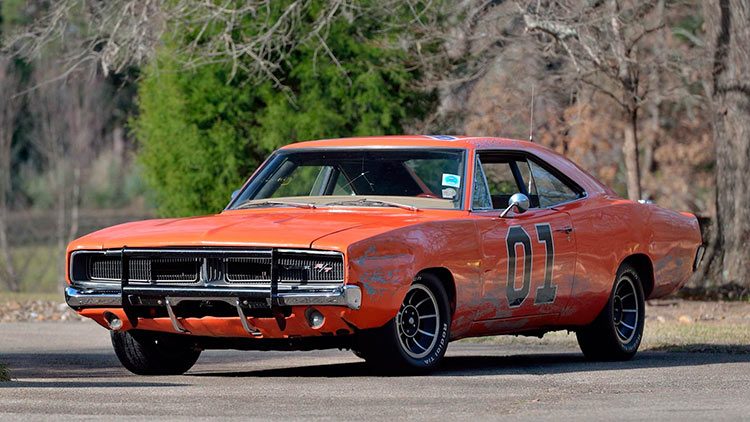 AMC Ambassadors were redone to look like Chargers for some episodes. It got to the point that 1968, 1970, and 1971 Chargers were modified to look like the 1969 version; cars that would have normally been scrapped were fixed just enough to jump them again — some even had the engine and transmission taken out and were pushed into the jump; old footage was used; and finally, some jump scenes were filmed using miniatures, which was not supported by the actors. Some of the wrecked cars were cut up for interior shots but more than 200 were crushed in junkyards. 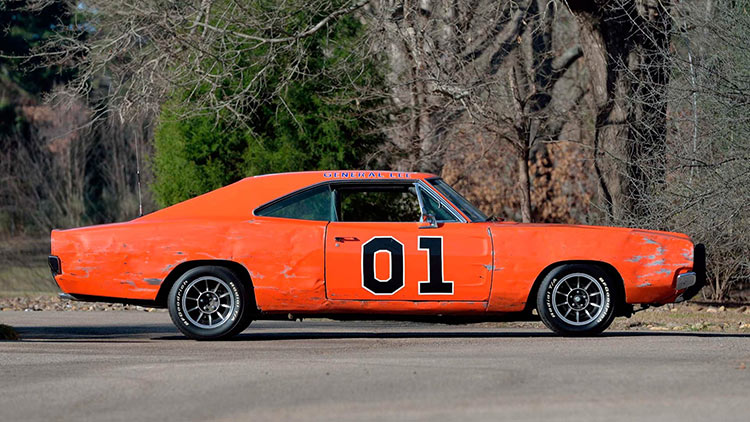 When the Dukes of Hazzard was canceled, there were still 18 General Lees on the CBS lot. They sat for about five years until someone had the idea of selling them off.
All but one were sold to private collectors. In 2001, the original General Lee was found in a junkyard, bought and restored, and sold to a professional golfer, Bubba Watson, for over $100,000. 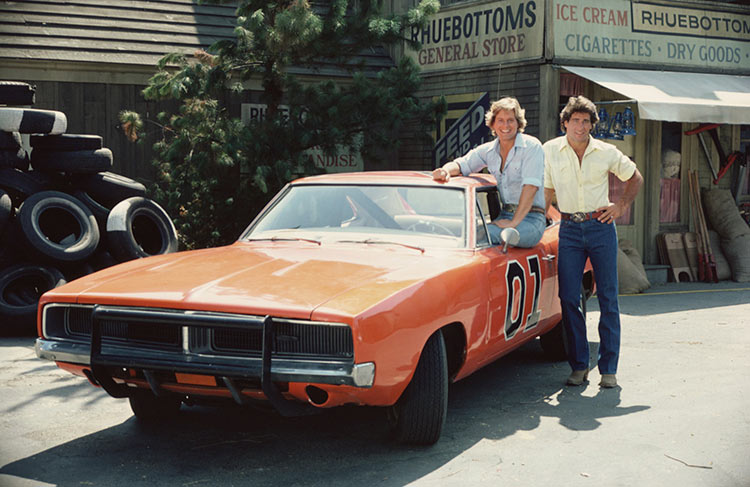 Things that you may not know about the dukes of Hazzard

For its famous jump – the one in the opening credits – the 1969 Dodge Charger "General Lee" had several hundred pounds of cement in its trunk. Earlier jumps had gone badly because the Charger was too front-heavy. The jump covered 82 feet and hit a peak of 16 feet. 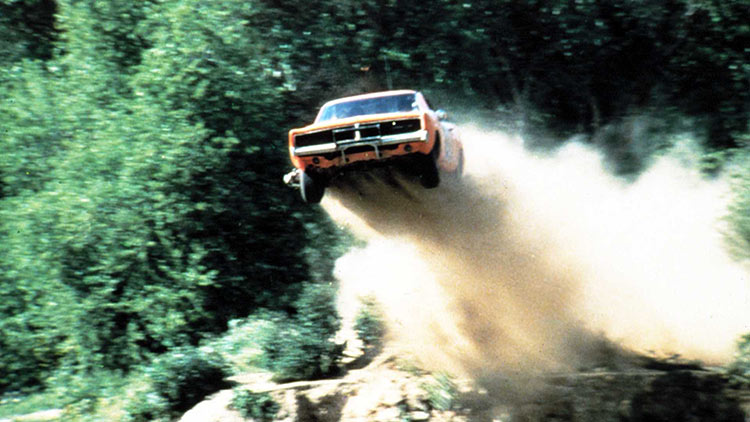 The Dukes of Hazzard ran 147 episodes over 7 seasons and a large number of 1969 Chargers were destroyed in filming. Some sources place the figure at over 300. 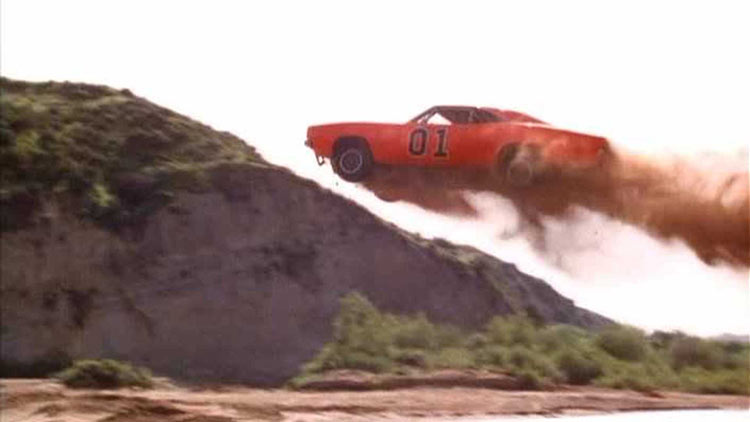 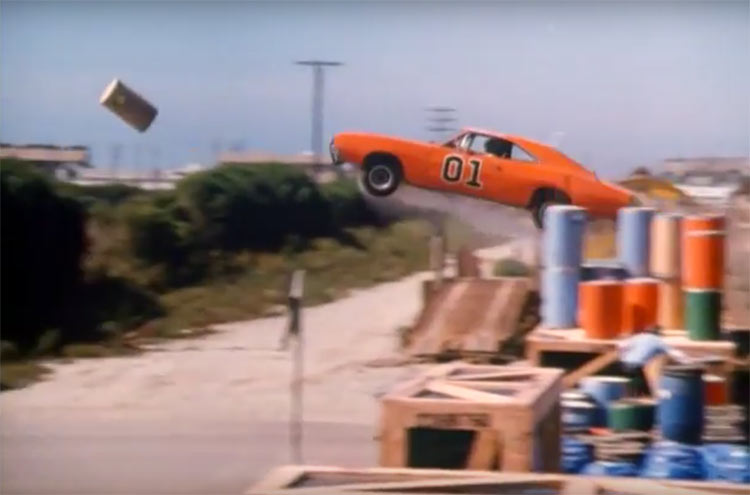 At least once, a Charger was wrecked by accident due to an actor losing control of the car. Caught on film, the accident was worked into the plot and made the final cut. 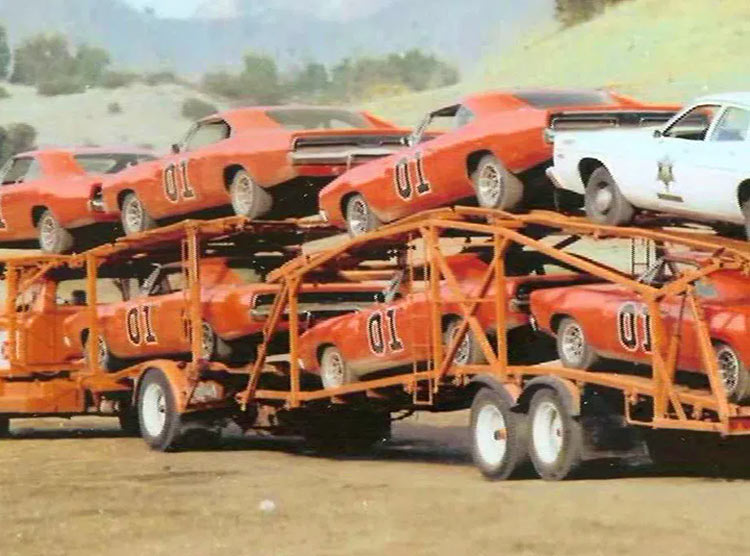 In the last years of the show, producers found they had created a shortage of 1969 Dodge Chargers. They used AMC Ambassadors, painted them orange and used fancy camera angles and editing techniques to try and hide the switch. 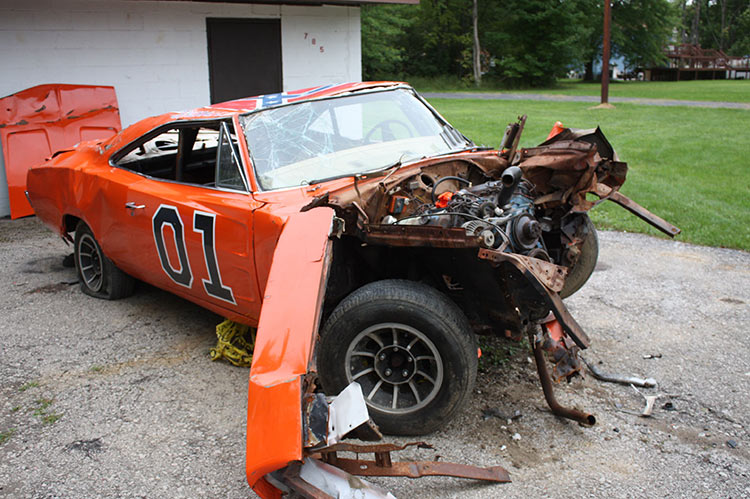 In an attempt to combat the shortage of Chargers they had caused, producers on the show were said to have placed notes on the windshields of 1969 Chargers in parking lots, asking owners if they wanted to sell them. 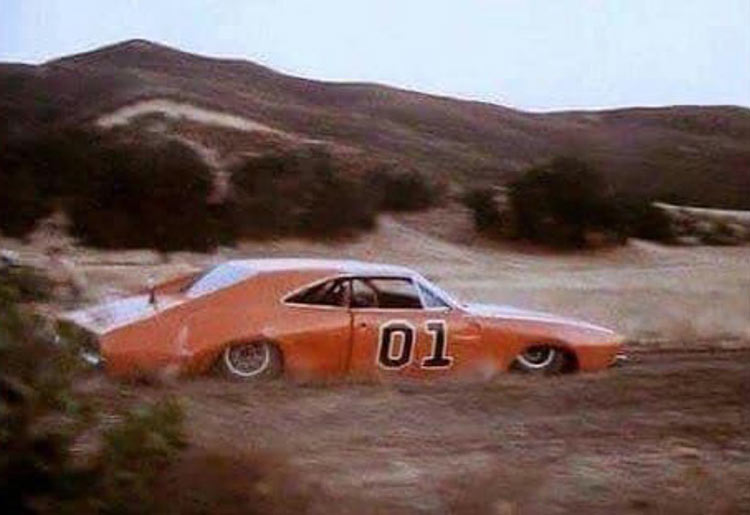 When the population of Chargers and Ambassadors got to a critical stage, the producers of the show went so far as to have a special effects company shoot some of the jumps using miniatures. 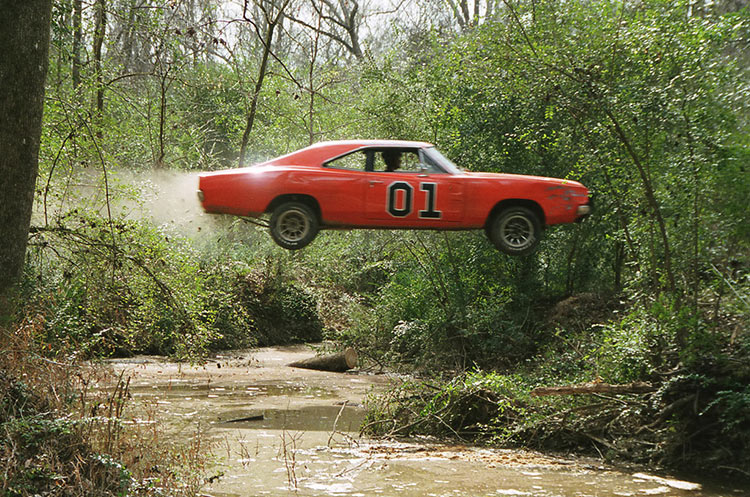 The first few General Lees were slightly different than the cars that came later, and they were revised over the next few seasons to make the cars easier to reproduce. 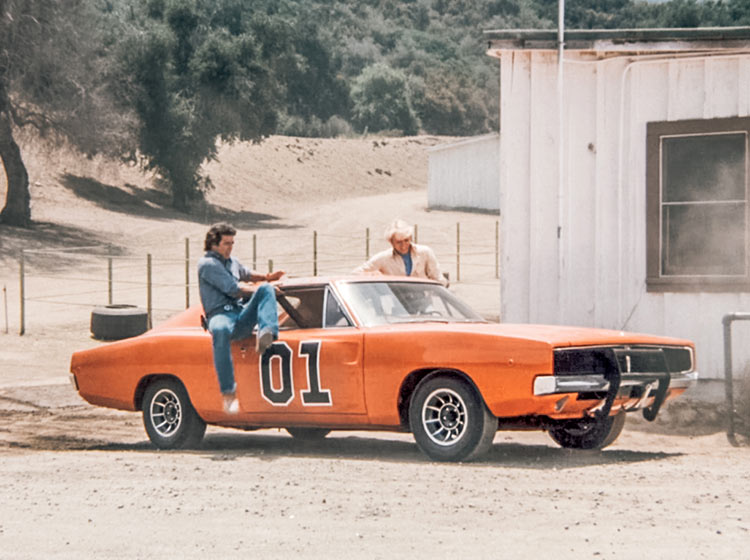 In a scene there’s a car made famous in another TV series, the Ford Torino from Starsky & Hutch. There’s no official story on the car, but a lot of hearsay and speculation suggests that it wasn’t one of the original cars from the popular TV show. That show was produced in Hollywood, while the original episodes of The Dukes of Hazzard were produced in Conyers, Georgia. The “Striped Tomato” Ford Torino was wildly popular with show fans, to the point that Ford “announced a limited production run of 1,000 Starsky/Hutch 1976 Gran Torinos, each finished in 2B Bright Red with a white vector side stripe, dual racing mirrors and a deluxe bumper group,” according to the Hemmings Blog. 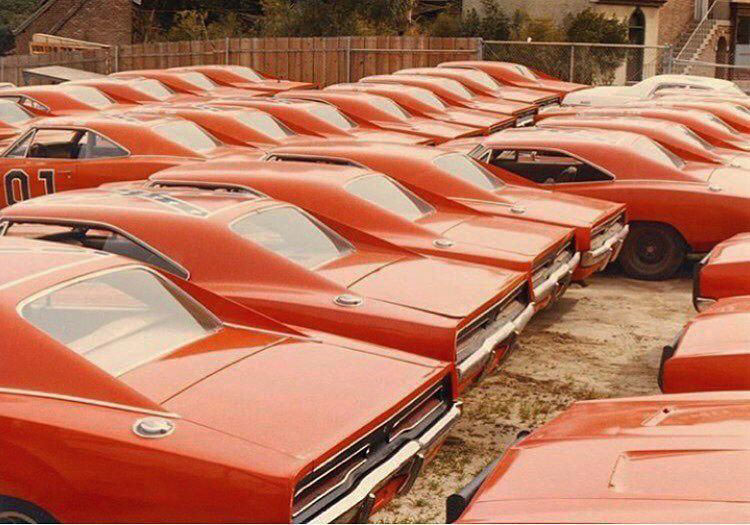 From the second season to the fourth season, General Lees were built by Andre and Renaud Veluzat. Confounding to Dukes of Hazzard fans, these cars are the ones that have the most inconsistencies. The Veluzats charged Warner Brothers $250 per week to rent the cars they built, plus $2,000 to $3,000 per car that was completely destroyed. It was a pretty substantial paycheck in the Malaise Era, and the Veluzats put it to good use. They used a lot of the proceeds to restore Gene Autry’s Melody Ranch, a 110-acre estate in Placerita Canyon near Newhall, California that the cowboy star purchased in 1953. 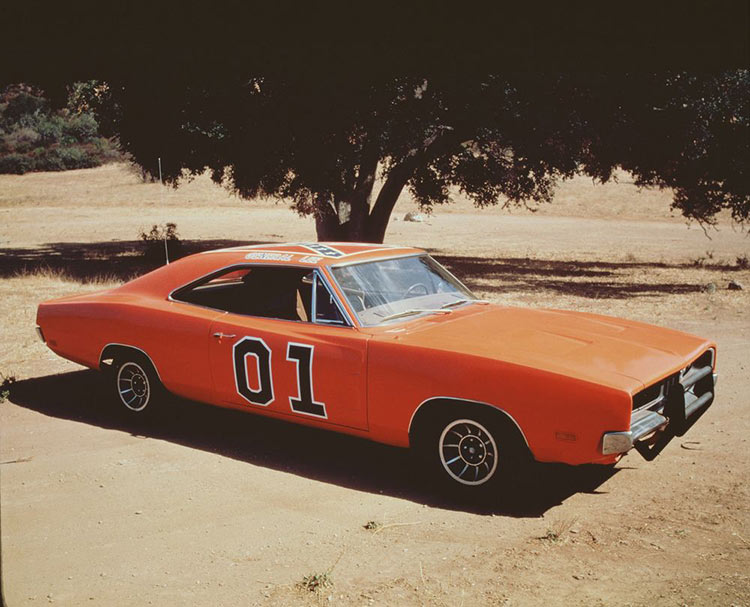 The Production Used Aircraft to Locate Chargers For the Show. As the show went deeper into the mid-1980s, Chargers got harder and harder to find. Not only were the roughly 190,000 1968 to 1969 Dodge Chargers now getting older and more collectible, but they were more popular than ever thanks to the television show. 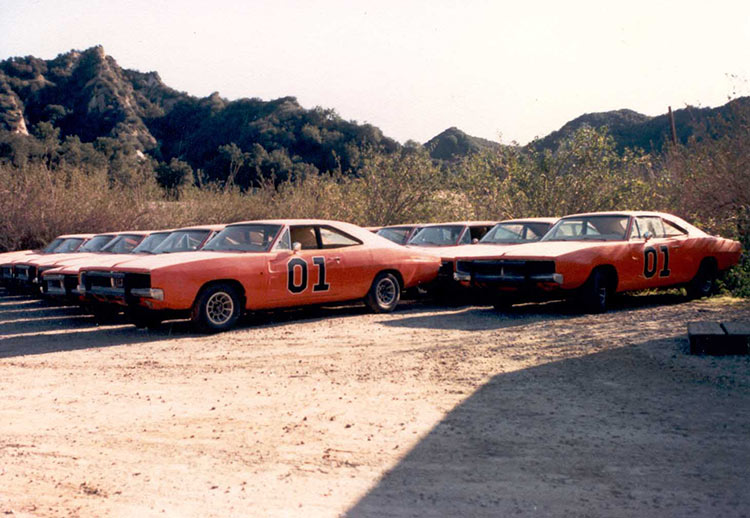 This was one of the best TV show ever made! I loved watching the shows and seeing the Dodge Charger jumping over river, cars, skidding on dirt roads, the musical horn, the crazy stunts, and... Daisy... This is probably the most famous Dodge Charger, and Illustrating it was logical. Such a TV show Legend!