Ford built the third generation of the Mustang from 1979 through 1993. It was based on the larger Fox platform with a chassis from the Fairmont. Body styles included a notchback coupe and a hatchback. The drivetrain and engines were carried over from the Mustang II with the base unit inline four-cylinder engine. A turbocharged version increased power giving it similar output to the V8 but with better fuel economy. The styling was courtesy of a team of designers led by Jack Telnack of the Light Truck and Car Design Group. Its styling was a combination of American and European influences and its drag coefficient of 0.44 for the fastback was the best the company had ever achieved. The black crosshatch grille no longer had a Mustang badge but rather the 'Ford' lettering at the driver's side. Flanked on either side of the grille were rectangular headlamps replacing the former single round units. Amber parking/signal lamps were mounted in the bumper directly below the headlamps. Mounted below the grille and bumper was an air scoop with five holes. Cars with the V8 had a '5.0' badge in the same location. Full wheel covers were standard. Fastback body styles had black rocker panel moldings, semi-styled wheels with black sport hub covers, trim rings, and full wraparound body side moldings with dual accent stripe insert. 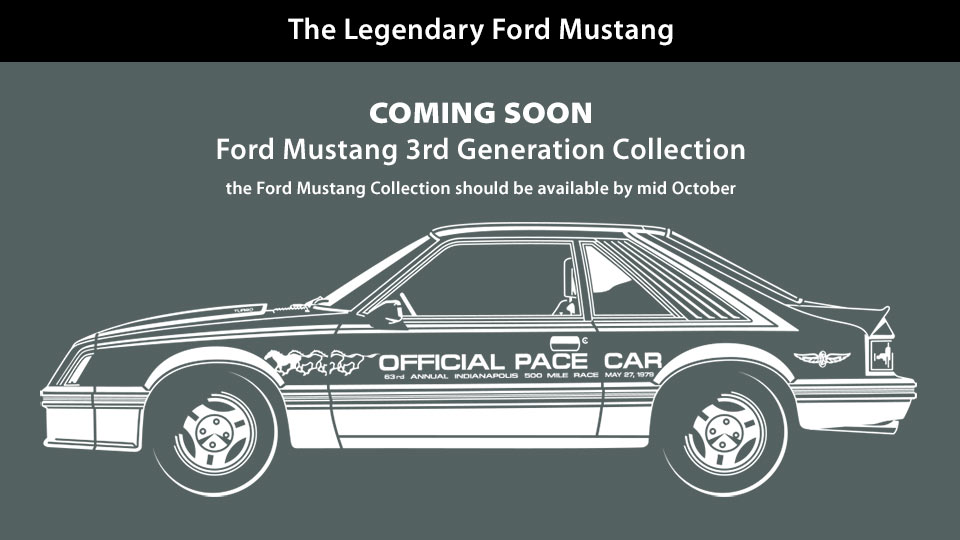