The 1979 Mustang was based on the larger Fox platform (initially developed for the 1978 Ford Fairmont and Mercury Zephyr). The larger body with an increased wheelbase yielded more interior space for four passengers, especially in the back seat, as well as a larger capacity trunk and a bigger engine bay. Body styles included a coupé (or notchback), hatchback, and convertible. Available trim levels included an unnamed base model, Ghia, Cobra, L, GL, GLX, GT, Turbo GT, LX, GT-350 20th anniversary edition, SVO and Cobra R. Engines and drivetrains carried over from the Mustang II including the 2.3 L I4, 2.8 L V6, and 4.9 L V8 engines. A troublesome 2.3 L turbocharged I4 was available during initial production startup and then reappeared after undergoing improvements for the mid-year introduction of the 1983 turbo GT. The 2.8 L V6, in short supply, was replaced with a 3.3 L I6 engine during the 1979-model year. That engine was ultimately replaced with a new 3.8 L V6 for 1983. The 302 cu in (4.9 L) V8 was suspended after 1979 and replaced with a smaller, 4.2 L V8 which was dropped in favor of the high output 302 cu in (4.9 L) V8 for 1982. The third-generation Mustang had two different front-end styles. From 1979 to 1986, the front end was angled back using four rectangular headlights, known by enthusiasts as "four eyes". The front end was restyled for 1987 to 1993 model years to reflect the contemporary, rounded-off "aero" style of the Ford Taurus using flush-composite headlamps and a smooth grille-less nose. The Mustang was selected as the 1979 Official Indianapolis 500 Pace Car with replicas sold to the public. Its special body-appearance parts were adapted by the Cobra package for 1980–81. 1982 marked the return of the Mustang GT (replacing the Cobra) which used a specially-modified high-output 302 cu in (4.9 L) engine. 1983 saw the return of the Mustang convertible after a nine-year absence. The front fascias of all Mustangs were restyled, featuring new grilles, sporting "blue oval" Ford emblems for the first time. The Mustang received a major restyling for 1987, including the interior, which carried it through the end of the 1993 model year. 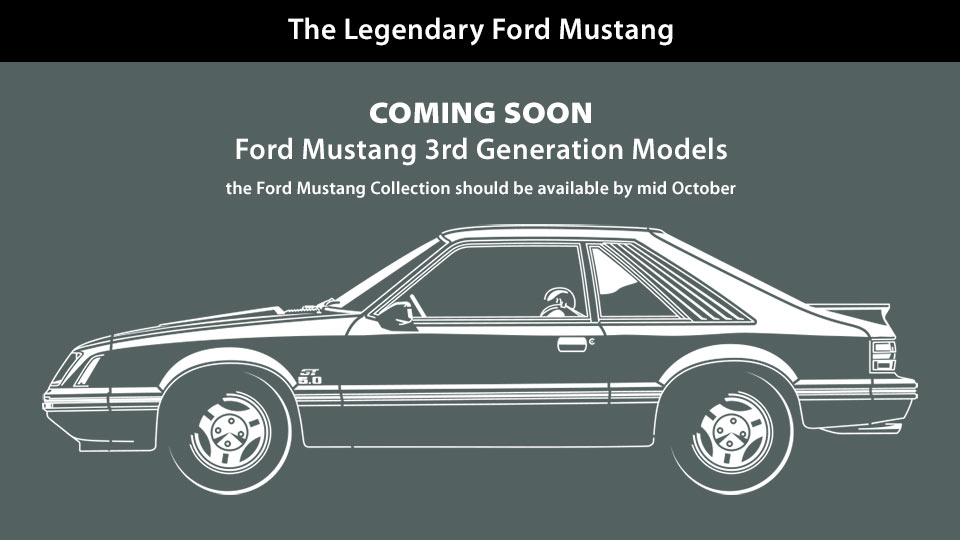